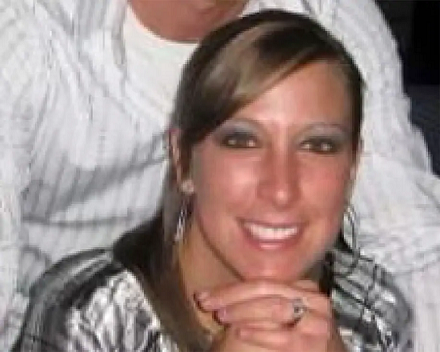 So, how’s that investigation of the capitol protest murder going?

You know…, the one where an UNARMED, 14-year Air Force veteran was gunned down in cold blood by the Capitol police force.

According to Jaclyn Peiser and Justin Jouvenal for The Washington Post, “When a group of pro-Trump rioters stormed the Capitol and smashed windows on Wednesday, a woman jumped onto a pane and started through.”

“Seconds later, a gunshot rang out and the woman, who had a Trump flag tied around her waist, tipped back and fell onto the marble floor as blood spilled from her shoulder.”

Wait…, where did her gun go?

Where did her knife go?

Where did any kind of weapon she had go?

She did have a weapon on her didn’t she?

They are not saying they shot and killed an unarmed protester are they?

I can’t wait to hear how they spin this murder…, if they even bother to spin it at all.

Good thing for the Capitol police she wasn’t black!

Can anyone say “Breonna Taylor?”

How many athletes are going to have the name “Ashli Babbitt” on their helmets or uniforms?

‘“They shot a girl!’ someone yelled as the crowd ran out of the southeast entrance.”

“The woman was 35-year-old Ashli Babbitt, a California native and Air Force veteran, her former husband told The Washington Post. Before her death in the Capitol, she had used her social media to express fervent support for President Trump and echo many of the president’s conspiracy theories and false claims of mass voter fraud.”

So, your attempting to somehow justify her death?

Excuse me, Ms. Peiser and Mr. Jouvenal, but many of The President’s “conspiracy theories” have turned out to be very true…, like when he said he was being bugged, or that the whole Russian collusion investigation was a hoax, or when he claimed his impeachment proceedings were just a witch hunt.  Remember those ”conspiracies?”

And “false claims of mass voter fraud?” There are hundreds and hundreds of sworn affidavits, by election workers, documenting “mass voter fraud…, so I would hardly dismiss them so easily as “false.”

We do have to remember that this article is from the liberal propaganda, fake news, Washington post, however.

“Police have not yet confirmed Babbitt’s identity or confirmed details about how she was shot. The woman was shot by U.S. Capitol Police, D.C. Police Chief Robert J. Contee III told reporters on Wednesday.”

“Babbitt, a native of San Diego, served in Afghanistan and Iraq in the Air Force before other deployments with the National Guard to Kuwait and Qatar, ex-husband Timothy McEntee told The Post.”

“McEntee and Babbitt met in the Air Force and were married for 14 years, before splitting in May 2019.”

“In an interview with San Diego station KUSI, Babbitt’s husband said she was a passionate Trump supporter [an inexcusable crime]. McEntee echoed those sentiments, adding that she was ‘very loud and opinionated, but caring, sweet, thoughtful, loving.’”’

“You would never forget meeting her,’ he wrote.”

“On social media, Babbitt recorded combative videos [“combative” only if you’re for open borders] about immigration policy, while expressing her support for a border wall. In early September, she tweeted a picture from a Trump boat parade in San Diego wearing a shirt that said, ‘We are Q,’ referring to QAnon, the far-right conspiracy theory. The tweet also included the hashtag ‘#WWG1WGA,’ an acronym used by supporters who believe in the claims that Trump was battling a group of ‘deep state’ child abusers.”

Please recall Jeffrey Epstein, Pedophile Island, and how the names of all of those child abusers are being covered up.  This is far, very far, from a wild conspiracy theory.

“In one of her final posts, she responded to a tweet saying many flights to D.C. were canceled because of weather. ‘The entire world is corrupt,’ the person said.

“In response, Babbitt wrote: ‘Nothing will stop us … they can try and try and try but the storm is here and it is descending upon DC in less than 24 hours … dark to light!’”

Yes, Ashli, I think you were right…, “the storm is here.”

One thought on “The “storm” is here.”