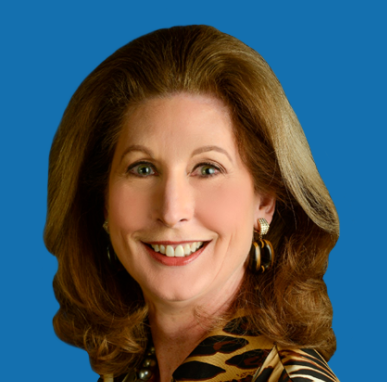 And I believe in Sidney Powell.

And I don’t think any of us can thank her enough for all of her efforts.

Who is Sidney Powell you might ask, and what is it she is saying that I believe?

Sidney Powell is an attorney and a former federal prosecutor

After graduating from law school in 1978, Powell began her career as an assistant United States attorney in the Western District of Texas.

In 2019, she stepped in and defended retired lieutenant general Michael Flynn, ultimately getting the DOJ to drop its case against him. Powell was castigated by the fake news, and called a conspiracy theorist, for claiming Flynn was framed by a covert “deep state” operation, which it was proven he was.

In 2020, Powell joined the legal team of then-President Donald Trump in an attempt to show the wide-spread election fraud in the 2020 presidential election.

She is definitely not someone to be taken lightly.

But, again, she is being called a conspiracy theorist, as we hear within a week of the election that William Barr is saying that “the Justice Department and the FBI have found no evidence of widespread fraud in this election.”

We also heard “The November 3rd election was the most secure in American history,” the Department of Homeland Security said in a statement. Also, that “The Department’s Elections Infrastructure Government Coordinating Council & the Election Infrastructure Sector Coordinating Executive Committees found ‘no evidence that any voting system deleted or lost votes, changed votes, or was in any way compromised.”

And lastly, “America, we have confidence in the security of your vote, you should, too,” Chris Krebs, Director of the Cybersecurity and Infrastructure Security Agency, said in a tweet.

So, who’s right…, Sidney Powell of this collection of “swamp donkeys?”

Let’s see what she has to say about the 2020 election.

Here is the interview with Chad Nesbitt, for Skyline News, from inauguration day, 2021.

Chad started off by introducing Sidney, then asked her what she has been doing regarding the 2020 election.

Sidney said they were in the process of getting their website, defendingtherepublic.org up and running.

She continued by saying, “Posted on it are all of the pleadings we’ve filed…, challenging on constitutional and factual grounds, the results of the election, including hundreds of pages of documents and affidavits and other evidence that shows that the election was indeed fraudulent, and that President Trump won. He had about 80 million votes and Biden had much less than that, aside from the fact that hundreds of thousands of Biden votes were fraudulent from the get go.”

“There were hundreds of thousands of fraudulent ballots, there were flipped votes by algorithms [preprogrammed instructions to be applied by the computer] run in the machines, and not just the ones from Dominion [a voting machine manufacturer used by a number of states], but also from others it seems.  We’re still collecting evidence on all of that, and even though we’ve had to drop at least two of our lawsuits that were pending in front of The Supreme Court because the court did not act in sufficient time to keep them viable, they became what’s called ‘mute’ in legal parlance, meaning the relief we requested was no longer viable, because the electors had already been seated and now Biden has already been inaugurated.”

So, none of her cases were dropped on their merits, only on technicalities.

“We are still looking at other options for litigation because there are substantial issues that still need to be raised, and my principle has always been that the American people are entitled to the truth, no matter which way it falls. And given the huge fight that has been mounted against getting at the truth, that alone tells me we’re on the right track and over the target.”

Agreed.  The old saying is “You know when you’re over the target when you start taking flack,” referring to bombing runs in WWII.

Sidney responded, “I don’t understand it either.  I’ve seen our court system deteriorate for the last twenty years. I self-published a book back in 2014, a book called ‘Licensed to Lie,’ exposing corruption in the Department of Justice, and it’s only getting worse since then, and that was based on conduct I saw beginning in the year 2001.”

“Our system has done nothing but deteriorate, and when the republicans have had power, they’ve done nothing to clean it up.  It’s only gotten worse.”

And we have all seen evidence of that in recent years.

Nesbitt, “That’s right. Exactly. I couldn’t agree more. And it’s just amazing to me to see what they are doing on a regular basis. It amazes me that they have blocked you on social media.  I’ve never seen anything like this in my entire lifetime…What do you say about that, blocking you on social media like they have?”

Sidney Powell, “Well, it’s very concerning. It’s one of their tactics to isolate and shutdown opposition speech, when we actually represent the majority of the country, because we know that President Trump won the election.  So, the only tactics they have are to lie, to suppress speech, and otherwise bullying and intimidation, and to use power to consolidate the power they already have.  And I think we’re going to see that in spades…, and we’ve already seen that today.”

“It started with all of the executive orders that put us back in the World Health Organization, the Paris Climate Accord, they’re not going to build any more walls, they’re going to let in, I mean, there are more caravans of illegal aliens coming up, they’re going to legalize 11 million people who are not supposed to be here.  They want them counted for purposes of representation which is totally unconstitutional.  They’re effectively abolishing The Constitution, and they’ve been doing it for the last 15 years.  It’s been a slow erosion.  It is simply going to gain speed at a pace we can’t even comprehend.”

Nesbitt, “Eighty million of us, or more, voted for Donald Trump, and I guarantee you…, we were all thinking that Trump had something up his sleeve, right here at the very end, and I see a lot of people, some of the people that were in his office, and a lot of them, in my opinion, weren’t telling Donald Trump the truth about what was going on out here, in regards to the legalities, and about how things could be done in court to have avoided all of this stuff, and giving the election to the rightful person, who was Donald Trump.  What do you think?”

Sidney answers by saying, “I think the people around him for his entire term have tried to control him by controlling the flow of information that he got, and the people he could talk to.  There was a massive effort throughout his term to tamp down and limit what he could do by all means possible, predominantly by deep state members, actors, whatever you want to call it.  A lot of former Bush people, and then some who were even more liberal than that.”

Sidney responds, “There’s every reason to be concerned about that.  What reason would anyone have to ever trust the voting system again?  So, a number of state legislatures, including Arizona now, has agreed to allow us access to the Maricopa County voting records, including the original ballots.  And people need to insist on this everywhere, even if you think your election was totally valid.  Federal law requires everybody to keep all federal voting records for 22 months for the very purpose of allowing a full and complete audit of the vote. I guarantee you that other votes were manipulated also.  There are governor races that the conservative should have won.  There are local races, in fact in [one] Michigan [county], we learned that they illegally changed the vote, allowing a marijuana store in a town, just by one vote to make sure it came in, and this is not what the people voted for.  So, it’s things that are that small, for lack of a better phrase at the moment, that were altered by criminal conduct in changing the vote.  We all need to work immediately, get organized and productive in our efforts to hold our local officials accountable, and make them audit the votes that were entered this time, then go to a different system of voting. We’ve got to revert to the paper ballots. The old machines where you go in and flip the levers and you pull the handle to register your vote and the card is punched, or whatever, and the machine, that’s not computerized, but simply registers the tally or something…, but we’ve got to find a system that’s more trustworthy, because they pulled out all the stops this year in every manner and means of cheating ever known to man and then some.”

So, it seems the answer to the million dollar question is, we need o change the system back to make it fair again.  The problem is the democrats like it just like it has become…, unaccountable and manipulatable…, and they’re the ones calling the shots right now.

So, the bottom line is our democracy is in big trouble, and there doesn’t appear to be any kind of remedy in sight.

God help us all.

And God help Sidney Powell.  It seems like she is the only one out there fighting for the truth regarding the 2020 election.

Thank you, Sidney.  You are a patriot and a great American.

You can support Sidney Powell and the cause by going to defendingtherepublic.org or by going to her own website at sidneypowell.com.