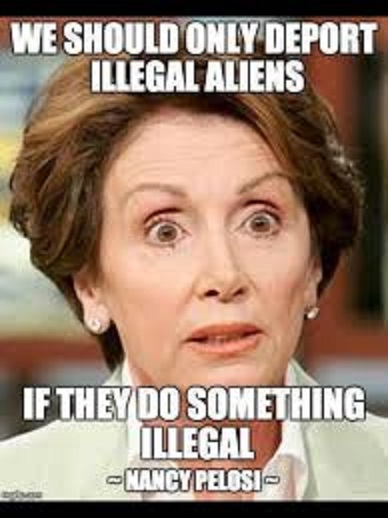 According to the WorldNetDaily (WND.com) website, “Amid all the talk about impeaching President Trump, more than 100,000 people have signed a White House “We the People” petition calling for the impeachment of Democratic House Speaker Nancy Pelosi, accusing her of treason.”

Be still my little ole’ conservative heart!  But wait…, what’s a “White House ‘We the People’ Petition?”

It turns out that “The ‘We the People’ Petitioning System,” on the official White House website, was actually initiated by the Obama administration!

Okay…, so if Obama initiated it, it can’t be bashed as being some type of conservative shenanigans!

The “Petitioning System” promises an official response for every petition that gathers more than 100,000 signatures within 30 days.

This Pelosi petition has garnered over 100,000 signatures after just its first 11 days!

This particular petition, “…was created by a citizen identified only as ‘M.G.,’ and it accuses Pelosi of being a traitor to the American people who is beholden to the interests of illegal immigrants, Big League Politics reported.”

“The petition further blames the San Francisco Democrat for the recent partial government shutdown. It argues she refused to negotiate with President Trump over funding for border security, causing many federal employees to work without pay for more than a month.”

‘“Illegal aliens are enemies that invade our country with drugs, human trafficking, and terrorist causing death and crime to American citizens,’ the petition states.”

‘“Nancy Pelosi adheres to these enemies by voting for and providing them aid and comfort through Sanctuary policies funded by US citizen tax dollars, and refuses to protect American people by refusing to fund our border wall, leaving our borders open and unsafe.’”

“After further complaints about the House speaker, it concludes with, ‘IMPEACH Pelosi for treason!’”

Big League Politics noted the process for impeaching a member of the House requires a majority vote of the chamber, meaning it’s unlikely to happen under the current Democrat majority.

These rules always have to wreck all the fun!

I will have to keep my eyes peeled for the “official response,” however.

One thought on “Well, well, well, what have we here?  A petition to oust Nancy Pelosi surpasses 100,000 signatures?!”