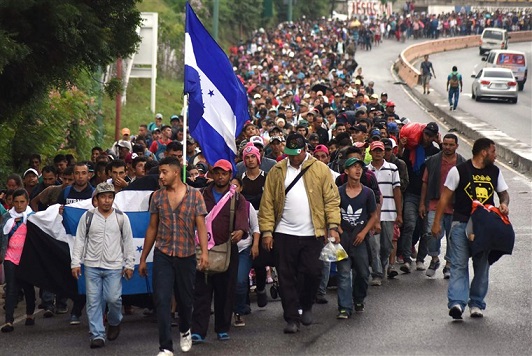 I’m going to show you a sequence of pictures.

See if you can see something they all have in common. 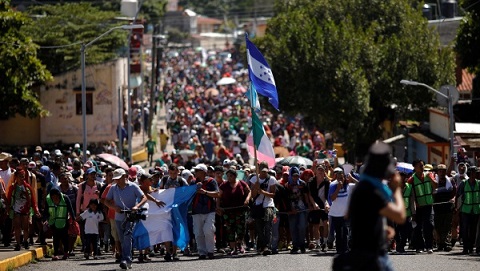 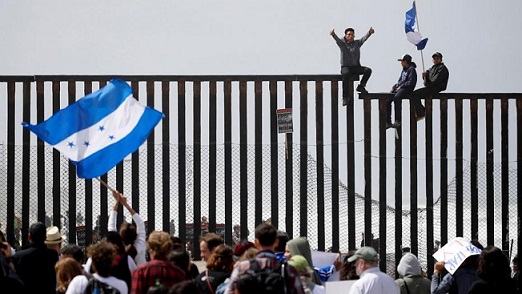 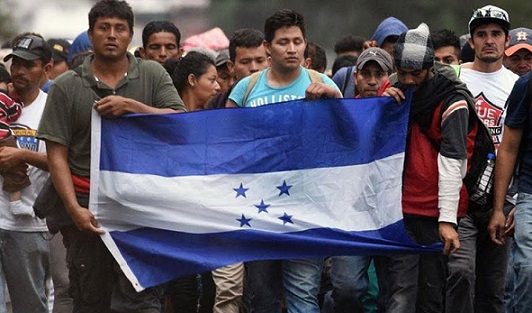 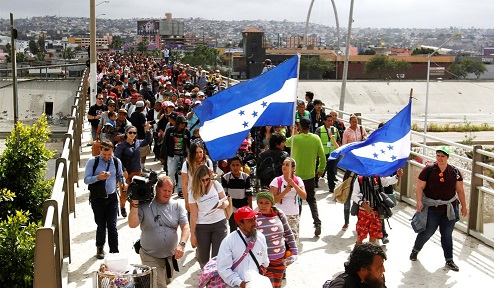 Well…, what do you think?

Yes…, these are all either pictures from “caravans” headed to our southern border or people attempting to enter our country illegally.

But…, the answer I was looking for is they all show migrants waving a flag that is typically blue and white.

No American flags, however.

The flags we see in these pictures are all from either Honduras, 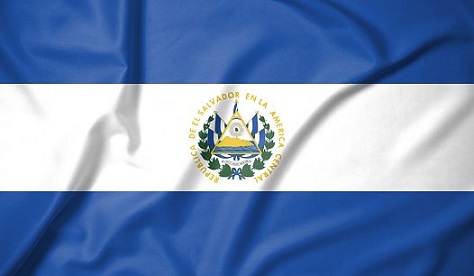 The question is, why would you travel over 1,000 miles, on foot, to escape a country that is supposedly oppressing you to the point that you have to seek political asylum in another country, but then wave the flag of the country that you were forced to escape from?

If you desired political asylum from the United States, wouldn’t you be carrying and waving an American flag?

Wouldn’t someone…, anyone…, be carrying an American flag?

In fact…, I dare you to find a picture of migrants making their way to America, carrying an American flag.

They’re fleeing to America to get on the gravy train…, not the freedom train.

It’s not that big of a deal I guess.  I just normally like a “kiss” before I get screwed.