Yes…, it’s all aboard the “liberal crazy train…,” again!

The liberals/democrats have lost their minds when it comes to President Trump. 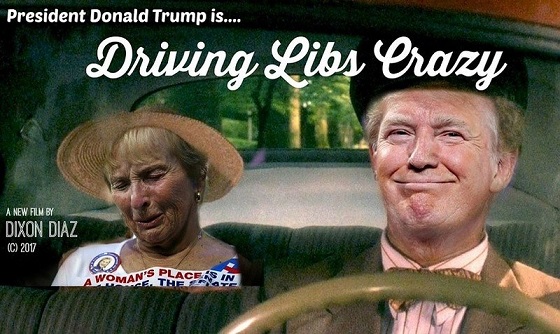 Every time I hear their latest rounds of accusations, name calling and profanity laced “stupidness…,” I don’t think they can get much worse…, but then manage to up their “crazy ante!”

Now, regarding the Dayton and El Paso shootings we hear:

“NBC News contributor raises suspicions over Trump’s order to fly US flags half-staff until Aug. 8,” according to Lukas Mikelionis of Fox News”

“NBC News contributor Frank Figliuzzi said Tuesday that President Trump’s decision to fly American flags half-staff until Aug. 8– in response to the El Paso and Dayton mass shootings– could be seen by white supremacists as a nod to Adolf Hitler.”

“Figliuzzi, a former FBI assistant director for counterintelligence, made the claim during an MSNBC broadcast with Brian Williams. Trump issued the order on Sunday ‘as a mark of solemn respect’ for the victims of the shootings.”

‘“The President’s either getting really good advice and rejecting it, or he’s getting really bad advice,’ he [Figliuzzi] said. ‘We have to understand the adversary and the threat we’re dealing with, and if we don’t understand how they think we’ll never understand how to counter them, so it’s the little things and the language and messaging that matters.’”

‘“The president says that we will fly our flags at half-mast until August 8, that’s 8/8.  Now I’m not going to imply that he did this deliberately, but I am using it as an example of the ignorance of the adversary that’s being demonstrated by the White House,’ Figliuzzi continued. ‘The numbers 8/8 are very significant in the neo-Nazi and the white supremacy movement. Why? Because the letter “H” is the eighth letter of the alphabet, and to them, the numbers 8/8 stand for “Heil Hitler.”’”

They say that Mr. Figliuzzi, is “a former FBI assistant director for counterintelligence.”  I would have to agree that his statements are “counter-intelligent!” 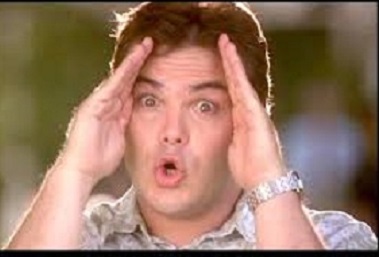 Please keep in mind that President Trump said, “Our nation is overcome with shock, horror and sorrow.  We are outraged and sickened by this monstrous evil.  In one voice, our nation must condemn racism, bigotry and white supremacy.  These sinister ideologies must be defeated. Hatred has no place in America.”

How you can translate these words into a “Hitler love fest” is beyond me.

Next, according to Joseph A. Wulfson of Fox News, “MSNBC host Nicolle Wallace issued an apology Tuesday evening over remarks made during a panel discussion stemming from a guest’s suggestion that President Trump has been ‘talking about exterminating Latinos.’”

‘“President Obama used the power of the presidency to try to pass comprehensive immigration reform, with the Latino community, Latino leaders, at the table. You now have a president, as you said, talking about exterminating Latinos.’”

How this “talking head” can extrapolate ANYTHING President Trump has said into him wanting to “exterminate Latinos” is pure craziness or an intentional attempt at pathetic misinformation of the highest degree. 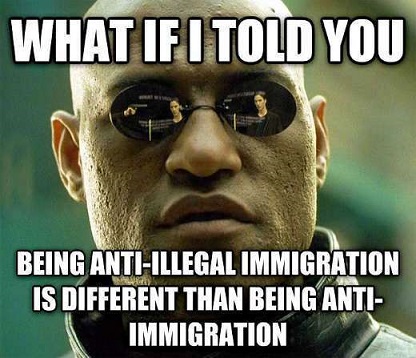 “After her remarks went viral on Tuesday, the ‘Deadline: White House’ host took to Twitter to clarify that she ‘misspoke.’”

‘“I misspoke about Trump calling for an extermination of Latinos. My mistake was unintentional and I’m sorry,’ Wallace said.”

I’m sorry Ms. Wallace…, but you didn’t misspeak…, your comments WERE completely intentional…, and you are totally NOT sorry.

You are simply a liar and you’re crazy.

“MSNBC host Mika Brzezinski Tuesday shockingly floated the idea that President Trump — despite his speech denouncing white supremacy on the previous day — actually wanted white nationalists to carry out attacks like the mass shooting that left more than 20 dead in El Paso, Texas on Saturday.”

‘“You have to ask the question, Joe, and I’ll ask you, isn’t it okay to deduce that at this point this is what he wants?’ Brzezinski asked on ‘Morning Joe.’”

‘“He is inciting hatred, inciting violence, inciting racism if he doesn’t unequivocally call it off and say, this is wrong and we stand together against this and we are doing this, this and this to help fight hate crimes.’”

‘“I mean this is a president who seems to want these things to happen. How else can this be explained?’ she asked.”

What are Mr. and Mrs. Brzezinski talking about?!

The only way to describe their remarks is by saying they are delusional.

They are obviously living in some strange “Trump derangement syndrome” fantasy world, and they have a show on MSNBC which broadcasts their craziness on a daily basis.

Then, lastly (at least for now), we have Mr. “one percent in the polls” Beto O’Rourke.

According to Joseph A. Wulfsohn of Fox News, “Over the past several days, O’Rourke has slammed the president, who he has placed blame for the massacre.  The former congressman declared that Trump is a ‘racist’ and compared his language to Nazi Germany’s Third Reich.”

‘“That is a leader reveling in the hatred and the racism of the people that he purports to serve and to lead,’ O’Rourke said Monday.”

It seems it doesn’t matter what The President actually says.

No matter what The President says, the democrats have this narrative they attribute to The President which highlights racism and hatred. 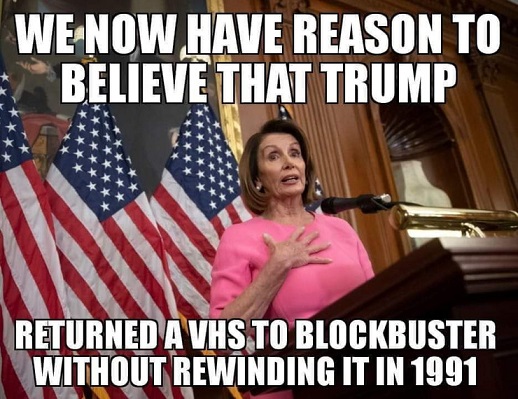 They just keep spouting this stuff with no apparent concern for the truth.

As always, the democrats’ only concern is bad-mouthing President Trump, regardless of the divisiveness or hatefulness that creates.

Crazy, but that’s how it goes

Millions of people living as foes

Maybe it’s not too late

To learn how to love and forget how to hate

I’ve watched all the dropouts who make their own rules

One person conditioned to rule and control

The media sells it and you live the role