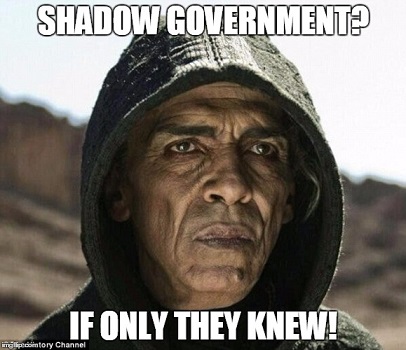 According to Dom Calicchio of Fox News, “The U.S. presidential election is still seven months away but an MSNBC host is already suggesting that Democrat Joe Biden set up a ‘shadow government’ against the Trump administration amid the coronavirus outbreak.”

“Stephanie Ruhle pitched the idea Wednesday during an interview with Jim Messina, who served as deputy chief of staff of operations under former President Barack Obama.” 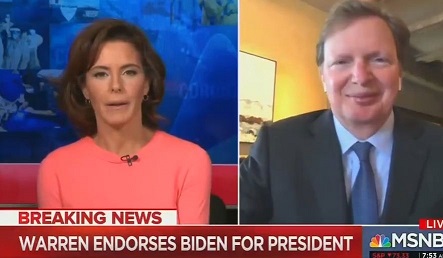 Uh, helloooo Stephanie…, the democrats already have a “shadow government” set up…, it’s called “the deep state,” or “the swamp.”

Unless you’re calling for a Civil War type of situation, like when the Confederates established their own separate government.

Is that what you’re calling for Stephanie?

You said Biden should “set up a shadow government against the Trump administration.”

Are you proposing some kind of treasonous type plot, Stephanie…, ala “the lovers,” Peter Strzok and Lisa Page?

I mean the Democrats versus the Republicans thing can only go so far, right?

In the end we are all Americans, right?

Because it seems like you are suggesting that the democrats should be actively subverting and undermining the duly elected government of these United States.

It seems like you are suggesting that the democrats should be actively subverting and undermining the duly elected president of these United States.

That definitely sound revolutionary to me, Stephanie, and at least  treasonous in nature.

Are you sure that’s what you’re suggesting?

“Ruhle asked whether Biden should be offering his own version of a daily coronavirus briefing, to compete with the White House sessions that Trump has been leading to keep the public informed about the U.S. response to the outbreak.”

‘“Then do they need to do it in a bigger way?’ she asked about the Biden campaign. ‘What did you call it, the president’s daily clown show — that’s his press briefing?’”

Talk about “a clown show!”

‘“Should Joe Biden be counter-programming that?’ Ruhle asked. ‘Should he be creating his own shadow government, shadow Cabinet, shadow SWAT team — and getting up there at a podium every night, saying, “Here’s the crisis we’re in, here’s what we need to do to address this”?’”

Sooooo, let me get this straight…, you want Sleepy Joe to get up and give a coronavirus briefing every day, just like President Trump does, except Sleepy Joe’s briefing would carry no weight and would only serve to confuse people, at the expense making Creepy Joe seem important or relative?

What a good suggestion, Stephanie!  That is exactly the type of idiotic suggestion we would expect to originate from some clueless liberal at MSNBC.

“Messina responded: ‘Well, he’s done some of that, right? He’s released the most comprehensive plans of what to do during this COVID crisis.’”

“He’s released the most comprehensive plans of what to do during this COVID crisis?”

Is this response similar to the response he and his buddy Barack hatched during the H1N1 flu (swine flu) crisis a few years back?

You know…, the response that wasn’t?

There were no closures.

There were no cancellations of anything.

There was no shutting down the economy.

There were no travel bans.

There were no quarantines.

There was no social distancing.

But now you have all of the answers?