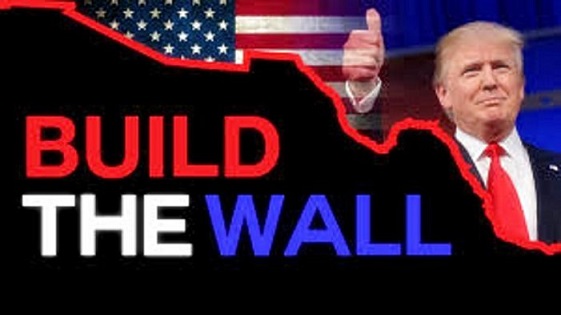 With all due respect Mr. President, please all allow me to offer you my advice related to the current partial government shutdown.

If ending the government shutdown truly depends on either side compromising on building the wall, this shutdown could last for a very long time, which really isn’t a good thing in the end.

After discussing my intentions privately with the republican Senate and House leadership, I would tell Nancy Peloser and Upchuck Schumer that I was ready to reopen and fund the government, without any money for the wall at this point, and that if they sent legislation up to my office, I would sign it.

After my signing it, I’m sure Peloser and Upchuck would quickly proceed to hold a victory press conference to rub your nose in it.

But wait…, I’m coming to the good part!

The moment they began their victory speech, I would declare a state of emergency on our southern border and immediately begin construction of the wall.  Thus upstaging their announcement, while robbing them of gloating over their victory, and ending the shutdown at the same time.

You might as well get it over with and declare the emergency, because the democrats are going to challenge you in court no matter what you do, so you might as well get the ball rolling.  The sooner we get the process moving, the sooner it can get to The Supreme Court, at which time they will deem you are within your rights as The President to do what you have done, and we can get on with securing our border.

Every few weeks now we see another “caravan” has formed, with thousands of people, and is preparing to march through Mexico and challenge our southern border.

If having to deal with these invaders on a weekly basis isn’t a national emergency, what is?

And this is on top of the “normal” amount of drug smuggling and human trafficking.

And like it has been pointed out before, if these illegal immigrants were turning around and voting for republicans, the wall would be so big you’d be able to see it from space.

Don’t do what a politician would do.  Do what a patriot and a leader would do.

Go for it Mr. President!