I mean, what you talkin’ ‘bout Giridharadas? 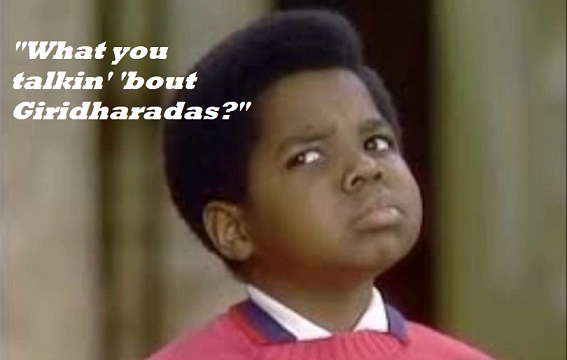 Brian Flood of Fox News reports that, “MSNBC’s Anand Giridharadas [says that] Americans’ ‘freedom obsession’ blinds them to other ‘threats.’

Oh, really?  You’re an American Anand.  What’s with the “them” reference?

“MSNBC contributor Anand Giridharadas declared on Wednesday that Americans have a ‘freedom obsession’ when speaking about the coronavirus pandemic during an appearance on ‘Morning Joe.’”

Oh, I get it now.  For the sake of this interview, when Giridharadas uses the term “Americans,” he is really referring to us “deplorables.”

Our freedom did not come freely, and we’re not going to hand it over for any reason…, to include a virus, climate change, or whatever.

“Giridharadas continues by asking, ‘One of the fundamental questions to me is, what’s going to be our relationship to government, the idea of government after this?’”

True Americans’ relationship with government is that of a necessary evil.

Let me say that again.  True Americans’ relationship with government is that of a necessary evil.  We don’t view government as our friend, our mommy, our daddy, or our baby sitter.

And you think we have a “freedom obsession.”

‘“We kind of look at it at three levels this week,’ Giridharadas said.”

Three levels of our “relationship with government?”

This guy has really given this a lot of thought!

‘“There’s a primordial American tradition going back to the founders of being freedom-obsessed, even though we’re a country founded on slavery and genocide,’ Giridharadas said.”

So, now you’re referring to us deplorables as cavemen and cavewomen?

And you claim our country was “founded on slavery and genocide?”

Allow me to correct you Mr. Giridharadas.

The United States of America WAS NOT “founded on slavery and genocide.”

And “genocide [the deliberate killing of a large group of people, especially those of a particular ethnic group or nation]?”  The European immigrants (And you like immigrants, don’t you?) and later our young country was in a war with the Native Americans.  People on both sides died fighting this war.  And The United States won that war.  Even though we won that war…, if you look at how our Native Americans are being treated today, even though they were a conquered people, you would have to say they’re doing pretty good.  Even better than pretty good.  They are respected and supported by our government.

Our history with the Native American “Indians” is a FAR cry from genocide.

“Giridharadas continued. ‘Being freedom-obsessed to the point where we’re always so afraid of the government coming for us that we’re blind to other types of threats, whether it’s a virus, whether it’s bank malfeasance, climate change, what have you.’”

We’re not “blind” Mr. Giridharadas…, and we’re certainly not afraid…, we’re just able to put it all into perspective…, from the deplorable point of view.

“Giridharadas said a ‘more recent, kind of 40-year version’ is the ‘Reagan war on government,’ which he said is an idea that impacts Americans on both sides of the aisle.”

President Reagan was a wise man, and he put America and the American people first, just like President Trump does. Although we can track this acknowledgement of freedom back even earlier to President Kennedy. 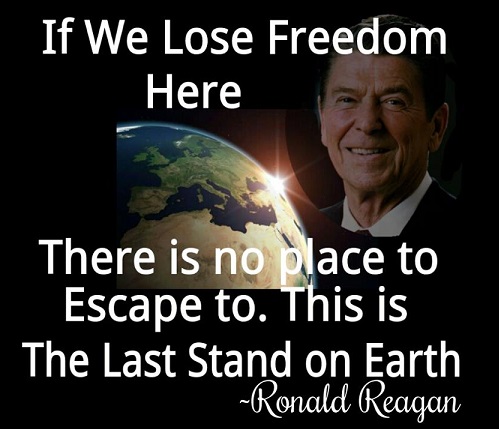 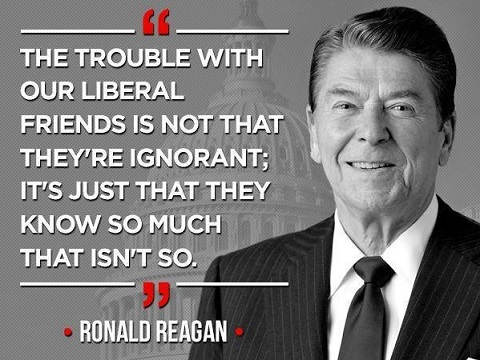 ‘“There’s a hard version on the right, there’s a small c, conservative kind of militant version of it, but it has also infected many people on the left in this passive sense, like ‘I believe in government,’ but ‘I would never go work there,’ or ‘I believe in government but, you know, I kind of like don’t like my taxes too high, or I use trusts in the Cayman Islands.’”

Your level of confusion, Mr. Giridharadas, is truly impressive!

“Infected many people on the left?”  It seems that you’re confusing some democrats opening their eyes and waking up with them being slightly “infected’” by conservatism.

“Giridharadas said ‘The more recent Trump-era twist is when…you put someone who can barely read a sentence in government, in the figure of Donald Trump, and it becomes true [that] government sucks, because you made it suck by telling everybody it sucks. I think the most important thing that could come out of this is realizing the government is not the biggest threat to our liberty.’”

Have you been paying attention to what the FBI and the DOJ attempted to do to President Trump and his associates?  I would have to say that our government [at least “the deep state” and “the swamp”] has shown itself to absolutely be “the biggest threat to our liberty.”

‘“It can be a threat to our liberty but we’re threatened by many, many things and what the government fundamentally does is protect us.’”

Theoretically, our government should have our best interests in mind and be protecting us…, but in many cases that is just not the case.